The most important component of any restoration project is the monitoring that takes place before the restoration has begun, which identifies the need for it, and the monitoring that takes place afterwards that indicates whether it was effective. Over the years, CoosWA has developed an extensive monitoring program that is the foundation of everything we do when it comes to understanding and improving fish populations and stream health. Specifically, we focus our monitoring efforts on salmon, water resources, and habitat. When we have a robust understanding of all three, we ensure that future restoration projects are rooted in solid science and targeted to maximize positive impact. 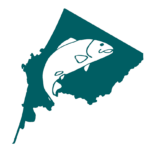 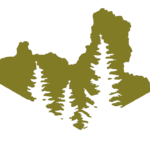 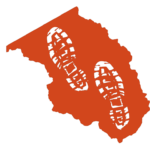 We work to understand habitat conditions now so that we can implement targeted, high-impact restoration for the future.

Coho salmon (Oncorhynchus kisutch) were once plentiful up and down the Oregon coast.  Following a population crash in the 1980s that was largely attributed to habitat loss, they were designated as “threatened” under the Endangered Species Act in 1998. Since then, many organizations have been working tirelessly to recover their populations, hoping to create the future conditions where this keystone species is no longer in peril. The Coos Watershed Association is at the forefront of these efforts. Our watershed includes the Coos River Estuary, one of the most productive and diverse areas on the coast for these migrating fish. Thus, the health of our local watershed impacts salmon up and down the whole coast.

Recovering coho populations (and the habitat they share with other aquatic organisms) is one of the cornerstones of our mission, and as a watershed council grounded in research and restoration, we are well-poised to lead these efforts. Since 2004, CoosWA has conducted a life cycle monitoring (LCM) project to study coho salmon abundance, survival, life histories, and habitat use. The focus of stream restoration is often on creating high quality spawning habitat in the upper reaches of salmon-bearing streams. However, we have only recently begun to understand that the lowland, tidal habitat found around estuaries (where the rivers and bay mix) is crucial to juvenile coho salmon, as these areas provide foraging opportunities and winter shelter. Human activity, such as channelization, tide gates, and dike construction, have reduced the amount of—and access to—this critical habitat.

Our Coho LCM program is focused on monitoring coho populations and behavior in these lowland, tidally-influenced, areas, where repairs to the aging infrastructure can go a long way towards restoring habitat and land use for coho. While we have learned a great deal since 2004, there is still much to learn, understand, and share. To gather important information about each life stage of coho salmon, we use four approaches: spawning surveys, rotary screw traps, seining, and PIT tags.

Each winter, the CoosWA Fish Team hikes upstream to count live salmon and corpses of those that have spawned. These counts tell us how many adults are returning to the upland streams to reproduce, and how the overall population is doing over time.

Rotary screw traps consist of two large pontoons supporting a spinning screw drum that funnels fish into a collection reservoir. The Fish Team checks this reservoir, or “live box,” every day and inserts a tracking chip (PIT tag) into juvenile coho as they migrate downstream.

Seining utilizes a special net: the weighted end sinks to the bottom of the stream, while the top end is supported by floats, creating a vertical net surface in the water column. Surveyors drag two of these nets towards each other in a stream, trapping all the fish that are between the two starting points and ultimately funneling them into one small space for observation.

To monitor the movement of juvenile coho salmon, we insert small PIT tags (Passive Integrated Transponders) into the body cavity of young parr as they head downstream on their way out to the ocean. PIT tags emit a unique code for each fish, similar to the chips used in car fobs or pet microchips. When a tagged salmon passes through an antenna array that spans the width of the creek, the PIT tag sends us the date, time, and fish’s identity via a Radio Frequency Idenfification (RFID) network. This allows us to track the movement of fish without ever having to physically recapture them.

Long-term stream-gauge monitoring helps us understand patterns in watershed health. This is critical not only to effectively manage populations such as coho salmon, but also to better understand watershed level ecosystem processes, particularly in the face of climate change.

For 15 years the Coos Watershed Association has operated streamflow gauging stations to monitor water level and volumetric discharge (flow) on local streams. This real-time information, updated every 15 minutes, helps us understand a broad range of watershed conditions that impact the ability of aquatic habitats to respond to perturbations, whether natural, human-related, or the result of restoration actions. Specifically, our stream gauges track hydrological, meteorological, and water quality conditions, which need to be at certain levels to support healthy aquatic life. This info also comes in handy for monitoring conditions for recreation; thus, our stream gauge levels are checked by a wide audience of end users.

What started as three gauging stations on the East Fork Millicoma River has since grown into a robust network of nine stations on the South Fork Coos, West and East Fork Millicoma, Tioga, Winchester, Tenmile, Eel, Whiskey Run and Marlow. Data from five of these gauges are uploaded every 15 minutes on our website. There are nine other stream gauges outside of CoosWA’s network operating south of the Umpqua River (18 stations total).

We work to understand habitat conditions now so that we can implement targeted, high-impact restoration in the future.

The Coos watershed is over 600 square miles in size, and each year, we restore a little more of it through our watershed restoration program. But before we can implement restoration projects, we must first gather baseline information in each sub-basin that helps us prioritize where to focus our efforts. Aquatic Inventory (AQI) surveys, conducted by our Fish Monitoring Team, are the first step to understanding current stream function in any given area. We then use survey results to develop site-specific restoration projects that improve salmon habitat and water quality in the areas that need it most. Click here to read our AQI protocol and Restoration Action Plans.